FACT: I'm older than the internet. 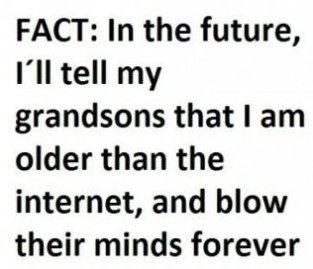 With an official date of August 6th 1991, it’s true; I’m officially older than the Internet!  In 21 short years we have watched the Internet take over. From AOL instant messaging, email, e-commerce, to video conferencing, streaming entertainment and mobile accessibility.  I’m utterly amazed at the faced-paced technology world that we live in.  With all of the research and development in the works, we can only imagine what the future holds.  Upon so research, I found some interesting insight into the 2020-2050 world!

Nanotechnology: Miniscule electronics that can perform incredible tasks for example, Nanobots will be able to repairing the human body  from within. 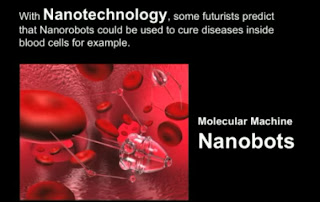 DNA Research:  According to 5Deka, DNA Research will result in a full understanding of cancer, heart disease, Alzheimer’s, Diabetes & Autism by 2050, and hopefully then a cure is developed using gene therapy.

Invisibility Cloak: The University of California, Berkeley- Developed materials that could potentially lead to an invisibility cloak. (Think Harry Potter!)Bio Monitor: A personal wearable monitor that measures a persons metabolism and vitals in real time. 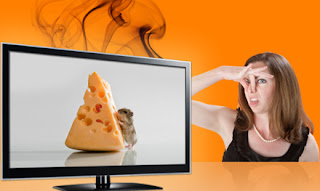 Teleportation:   Joint Quantum Institute (JQI) at the University of Maryland- Have believed to have teleported information.  It all has to do with Quantum-computing technology, which currently is being used to encrypt data, but it holds a lot more potential than that.  The quantum world is a condition known as superposition, in which a particle can occupy two states at the same time. (Don't ask; it just can!) 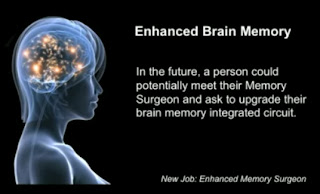 Computer Chips: These chips may one day be installed into a person's Brain- extending memory and increasing intelligence.

With all of the problems that we face: obesity, depleting natural resources, terrorism, and many more to name.  I can imagine a futuristic world that starts to tackle all of these problems!  Although solutions to these problems would be great, I can’t help but think- can we go too far?  I already feel like cell phones and social media has started to take a tool on human interactions.  And what if the human condition was eliminated completely, no more personality, no variations of intelligence, no emotions, and on and on.  This makes me cringe at the thought of a world like this.  I’m not sure you would appreciate things and I think it’s good for a person to experience highs and lows. Hopefully our future of innovation does not lead to our destruction.

Posted by Blandiloquently at 7:26 PM 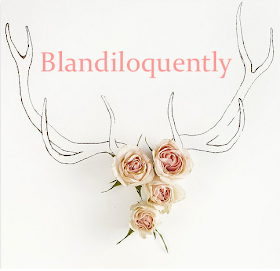 Blandiloquently: In a pleasant, flattering manner of speech.

Blandiloquently
Hi, My name is Amanda! I work as a project manager in Boston for an education-technology company. When I'm not working I'm running, baking, doing 'DIY' crafts, or hanging out with my boyfriend, Jeffrey! It would be my dream to be a full-time blogger, wedding planner, or entrepreneur! It's all in God's hands....